Initially trained in Japanese Studies, Ksenia Golovina received her PhD in Anthropology from the University of Tokyo in 2012. The fieldwork-based findings were published as a monograph under the title “Russian Women in Japan: Migration, Marriage, and Life Crafting” (Akashi Shoten, in Japanese) in 2017. Ksenia Golovina currently serves as an Associate Professor at the Department of Sociocultural Studies at Toyo University. Her research interest is in material studies with reference to migration and gender, particularly regarding homemaking, community, life cycle, creativity, and death.

In press. Walking, Cleaning, and “Kinning”: Material Practice of Grave-Caring among Russian-Speaking Migrants in Japan. Japanese Review of Cultural Anthropology.

2019. Daruma Meets Domovoi and Then Some Yoga: Russians in Japan and the Religious-Spiritual Materiality of Migrant Living. Japanese Religions. 43(1&2), pp. 145-167.

2019. Skin-to-skin with the House: Senses and Affect in the Relationship of Migrant Russian Women in Japan with their Homes. Asian Anthropology. 18(3), pp. 170-185.

Viktoriya Kim is a Specially Appointed Associate Professor of Sociology in the G30 Human Sciences International Undergraduate Degree Program at Osaka University, Japan. She also is a part-time lecturer in Doshisha University and Kwansei Gakuin University. Before joining Osaka University in April 2012, Viktoriya was a graduate student of the Graduate School of Human Sciences (Osaka University) and held the position of Research Assistant in Afrasian Research Centre, Ryukoku University. Viktoriya’s research interests are in international marriage and divorce, mainly of women from the Former Soviet Union countries and Japanese men, community building and foreign residents in Japan and COVID-19’s influence on the community/diaspora building. Recent publications include:

Helena is a Senior Research Fellow and Lecturer in Social Science of Japan at the Institute of Asian and Oriental Studies, University of Zurich, Switzerland. She holds a Ph.D. from Waseda University, Tokyo, where she wrote her dissertation on European migration to Japan and Singapore. Helena received a four-year JSPS grant on skilled labor mobility in global cities where she compares the challenges to attract and retain highly-educated migrants in Tokyo, Singapore and Sao Paulo, drawing on her expertise in migration and mobility studies, urban sociology, sociology of work, gender and youth. Helena is also serving as Reviews Editor of the academic journal Transitions: Journal of Transient Migration. Her most recent publications include ‘Intersections of Race and Skills in European Migration to Asia: Between White Cultural Capital and ‘Passive Whiteness’ (Ethnic and Racial Studies), ‘The Eurostars Go Global: Young Europeans’ Migration to Asia for Distinction and Alternative Life Paths’ (Mobilities), and ‘Opting Out for Getting In: Existential Mobility in European Graduates’ Migration to Asia’ (Journal of Immigrant and Refugee Studies).

Adrijana Miladinović was born in Niš, Serbia on July 6, 1992. After completing her undergraduate studies in Japanese language, literature, and culture at University of Belgrade in Serbia, she obtained her Master of Arts degree in Sociology at Keio University, Japan in March, 2020 as a MEXT scholar of the Japanese government. She has worked at Keio University as a teaching assistant for graduate-level courses, and has taught Japanese in the Japanese language proliferation project of the Embassy of Japan in Serbia. At present, she continues her research in the field of sociology, focusing on race and ethnicity, and especially on White supremacy narratives. Her efforts go toward discerning the influence race, and especially Whiteness, have on migrants’ integration, with her Master’s thesis exploring the integration experiences of highly skilled White European workers in Japan. She intends to expand on this research as a PhD student in the future. 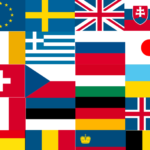 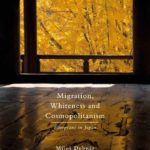